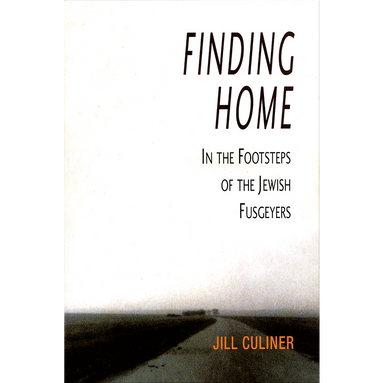 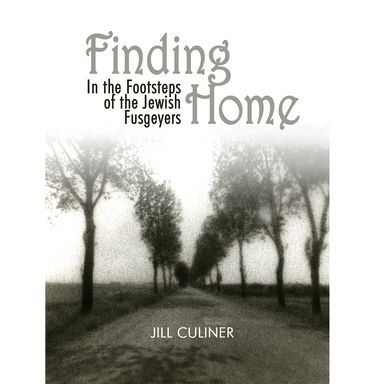 The Fusgeyers (Yiddish for "foot-goers") were Jews who fled persecution in Romania in the early 1900s and found refuge in the New World. One hundred years later, Culiner, an intrepid walker, retraces their steps across Romania on foot in the search for lost remnants of this epic journey. She continues her quest through western European cities, following the Fusgeyers' journey from the Romanian/Hungarian border to the port of Liverpool, England, and then on to Canada.

Winner of the Joseph and Faye Tanenbaum Prize in Canadian Jewish History, 2005, short-listed for the Forward Magazine Prize.

Jill Culiner has written a significant and often gripping account of her personal odyssey. She traverses Jewish history and geography from the towns and shtetls
of Romania, through some of the major cities in Europe, to the Canadian cities, towns and settlements where Jews wandered. In the many places she visits
she recounts not only her immediate impressions but often brings in important elements of Jewish history. If she is not an historian(?) she has introduced
a new way of looking at history.
ABRAHAM ARNOLD, Western Jewish Heritage Centre

Culiner has a professional photographer’s eye, and a gifted writer’s ear.
In her wonderfully detailed, descriptive style, she also vividly recreates the many
colourful characters she met en route. And with her own fluency in French, Hungarian, Yiddish in other languages, and her gift for the spoken word, she also captures their style of conversation. Waiting in Winnipeg’s bus station cafeteria, Culiner overhears "a red-faced woman endlessly haranging her companion, a chain-smoking man: “I toja noda teller. I tolja noda.”

And Winnipeg’s North End is “a desolate
stretch of North Main, where paint falls in chunks from the frames of boarded-up windows and the brickwork looks nibbled.”

This personal account of one woman’s attempt to uncover an era in Jewish history is a masterpiece that’s part travel writing, and part history.
MATT BELLAN Jewish Post, Winnipeg

Culiner is a witty and prophetic writer, investigating those stories not spoken
of, and the stories that have been hidden amidst a cultural landscape for a century.
She holds no punches and takes the wisdom she has accumulated in her life and reflects a mirror towards the past, ultimately opening up a Pandora’s Box of
questions. Culiner’s innate  skill as a storyteller, seeker of truth, and
photographer of life, has made Finding Home possibly one of the best books
written in the last decade. Even if you are not  of Romanian or Jewish heritage, read Finding Home, as it may unlock the key to much  of your own personal history.
KINDAH MARDAM BEY, Lucid Forge

The Jewish Fusgeyers of 100 years ago walked over large areas of Romania
But their ultimate aim was to leave the persecution of Europe for freedom in
the New World. This remarkable epic is chronicled by Culiner, writer-historian-photographer. This book will definitely attract a wide audience, both Jewish and
non-Jewish, who will find this hitherto unknown chronicle of Canadian as well as
Jewish interest a fascinating tale.
RICK KARDONNE, The Jewish Tribune