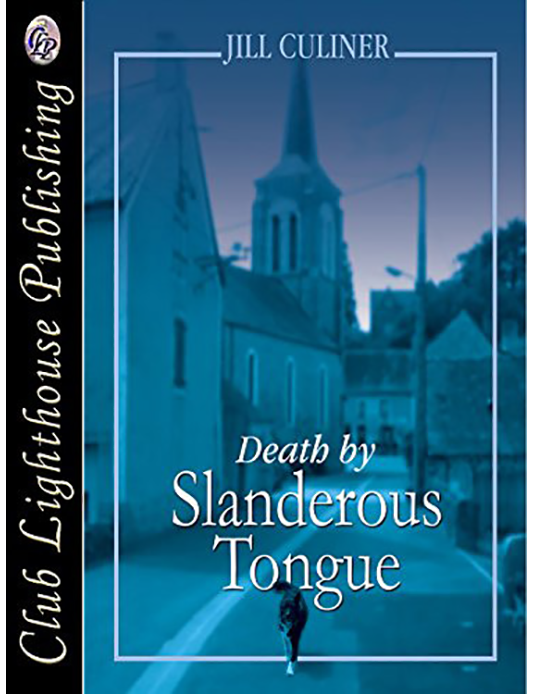 Everyone in Épineux-le-Rainsouin knows that Madame Houdusse’s spare change vanished on the same day Didier did, on Monday, although none of us are foolish enough to connect the two events. Didier, a grown man, strong and muscular, would certainly protest if anyone tried to steal him, whereas cash and other objects quietly disappear all the time. The church collection box was emptied in March and two gold-plated chalices were removed in April; Madame Sauvebœuf now keeps the church doors firmly locked. On the night of April 28th, parked cars on the village square were divested of their radios. One week later, Monsieur Pateau’s stock of wood was stolen from his outlying farm (he was absent at the time). The baker’s black and white cat went missing on May 5th, a disappearance not necessarily attributed to crime, although some mumble the word vivisection, evoke the specter of laboratories greedy for passive, trusting pets.

Madame Houdusse is understandably upset about the disappearance of her money, once sitting pretty in a decorated bowl on the sideboard in her dining room, right next to the baby photos sent by a second cousin once removed. Leaving her front door open to air the house (the weather has now turned very fine), she went to answer a ringing telephone in the kitchen. And in the winking of an eye, the coins were gone.

“I don’t know how much was in there,” her voice is distressed. “Perhaps twenty-five Euro altogether. Not a fortune, perhaps. But the idea of people — probably foreigners — coming into my house, helping themselves to what belongs to me, well, that’s what’s so annoying. Letting too many of them into the country, they are. Not the way it used to be. English are the worst, coming here, jacking house prices up so high we can’t afford them any more. Call it what you like, I say that’s robbery, too.”

With each retelling, she becomes increasingly indignant. We, the other residents, are sympathetic, of course. But we do not all agree as to the identity of the perpetrator (or perpetrators) of the various robberies. There are those who attribute them to gypsies — they are always the first to be accused in such cases — but no one has seen a gypsy here for well over a year, although Monsieur Vadepied claims their mobile homes were parked fifteen kilometers away along the Laval road. Madame Filoche, however, talks of a white Renault cruising through the village.

“The two men in it were looking at the buildings. Just driving slowly and looking. As if they were trying to find out which houses are occupied and which aren’t.”

Of course, we (and the police) demanded a description of the men.

“Darkish, I think,” she said. “Maybe one of them had a black moustache, but I can’t be sure. I wasn’t paying attention, not all that much. But they were going slowly. Driving a Renault. I saw them several times. The man with the moustache, he was driving. Unless it was the other one who had the moustache. But two men, that’s for certain. And I’m also certain it was a Renault. I don’t know a lot about cars, of course. We women don’t, do we? No, it was my late husband who was interested in details like that. Men always are, when it comes to cars. I would ask him, ‘Now, what kind of car was that that just passed?’ and he would always know. Always. But I can’t tell one from the other myself.”

There are others who mention, sotto voce, the local bad boy, Gilles. Perpetually jobless, living on welfare with his wife and three grown sons, Gilles has been held responsible for the “evaporation” of many objects: a pair of wooden shutters leaning against a wall (and destined for the rubbish pile), a few tools unwatched by their owners. He had given a party for thirty in the village restaurant, but left the bill unpaid. And he has borrowed quite a bit of money over the years — from Monsieur Douspis, from Monsieur Beauducel (since deceased), from Monsieur Filoche (also deceased), from the former baker, Monsieur Viellepeau (now retired), from Monsieur Hautbois (roofer), from Monsieur Berthereau (cabinet maker) — but neglected to return any of it. These days, Gilles keeps himself to himself. He has, indeed, been doing so for the last five years; since no one now greets him with anything other than a scowl when he crosses the square, he avoids us all.

Didier’s absence is, as I said, rather a different matter. In fact, few of us ascribed any immediate importance to it. On Monday evening, he was seen going into his house, an eighteenth century café modified by an American hand grenade during the war (retreating German soldiers said doors should be left open to indicate there were no hidden snipers, but the café owner ignored the suggestion), later renovated by Lemasson Enterprises into a modern structure in pink textured cement with PVC windows and PVC roll-down shutters. Certainly, Didier had gone out again that evening; he is said to have a very active social life, especially amongst the ladies. But where he went — or to whom — no one knows. And why hasn’t he come back?